Falcon for a Day

Bishop Dunne offers an array of outside classroom club activities to enhance the experience of our Falcons. As they explore their interests and talents, our teachers and club moderators fly alongside them, offering both guidance and support. We encourage our students to become involved in serving our school, our community, and themselves.

Mission: To educate students in communicating through sign language and raise awareness of the importance of working with people with impairments and/or disabilities. 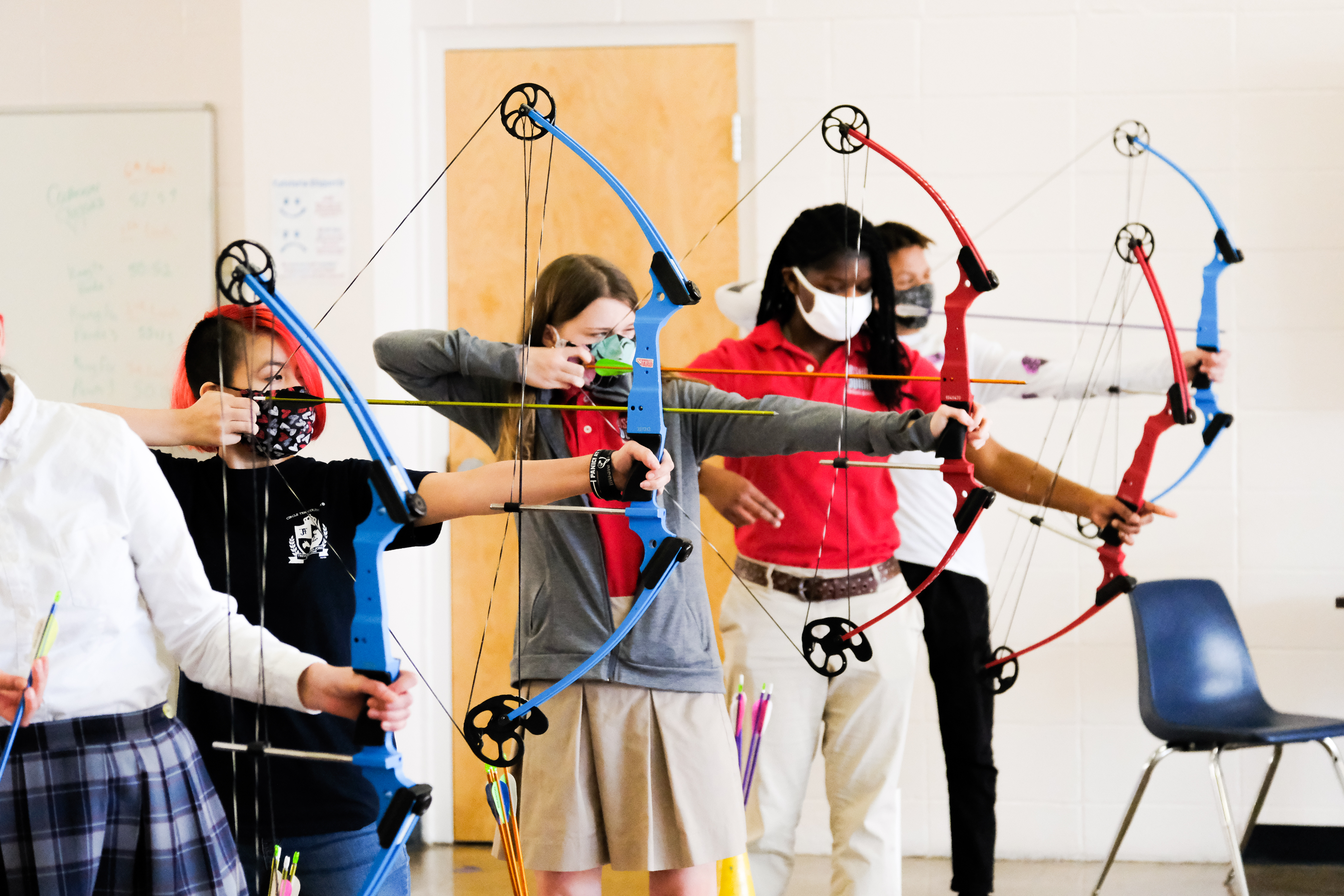 Mission Statement: The mission of the Bishop Dunne Archery Club is to provide a safe, fun and inclusive way to enjoy the sport of archery by teaching responsible hunting education, and providing both a highly developed indoor and outdoor competitive shooting program.

Age/Grade Level: open to all grades

Activities: In addition to the team’s weekly practices, team members are encouraged to compete at state and local tournaments and to perform stewardship activities at the outdoor facility at Irving Bowhunters’ Range.

Mission: At the table, we truly meet each other and spend stress-free, fun and brain-expanding times.

Mission Statement: The Drama Club seeks to inspire the Bishop Dunne community through creativity and exploration of theatre arts.

Mission: A group focused on spreading positivity throughout Bishop Dunne as well as being a source of great leadership, service and inspiration for our community.

Mission Statement: To present to athletes and coaches and all whom they influence the challenge and adventure of receiving Jesus Christ as Savior and Lord, serving Him in their relationships and in the fellowship of the church.  FCA is an inter-denominational organization that exists to foster Christian ethics and sportsmanship on the field, court or classroom.

Fundraiser: We would like to participate in Pizza sales.

Mission Statement: The purpose of Latinos Unidos is to unify and strengthen the Latino culture at Bishop Dunne Catholic School. We develop and foster community among our members, offering time and skills for volunteering where needed. We promote and advance the understanding of Hispanic heritage and culture, as well as the Spanish-speaking immigrant community in the United States.

Mission: To aim for a sense of community among the students who are interested in the career of medicine, while also providing them with opportunities to hear from doctors and current students in med-school, watch medical procedures, and also participate in community service projects. The Medical Society Club allows students to engage with the field of medicine and to hear about the unique experiences of medical professionals through a guests-format.

Mission: Middle School Art Club aims to inspire and recognize students who have shown dedication to and outstanding ability in art. We foster excellence and spirit to the pursuit of art and further creative abilities and talents of members. 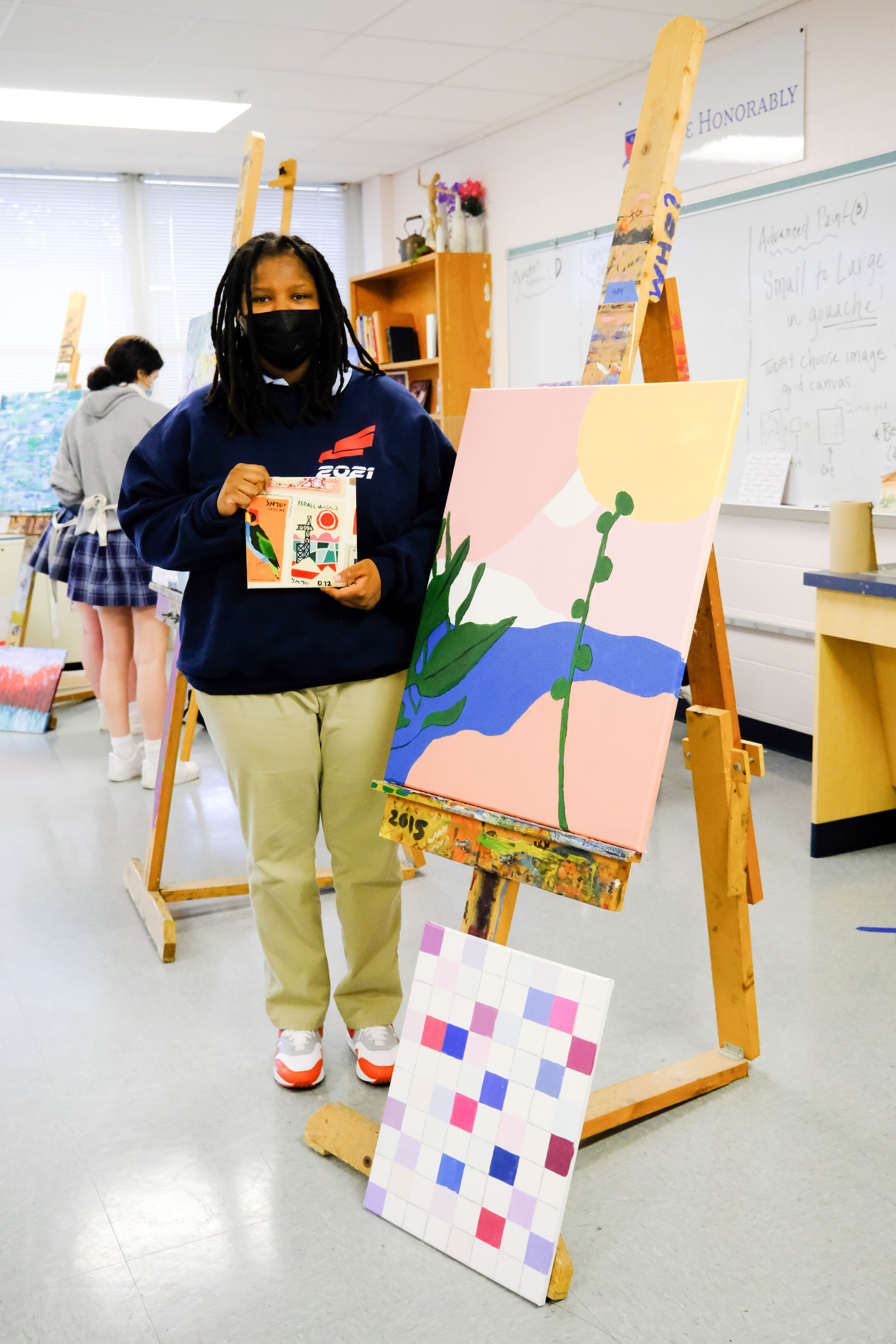 Mission Statement: National Art Honor Society aims to inspire and recognize those students who have shown outstanding ability in art. NAHS aids members in working toward the attainment of their highest potential in an art area by bringing art to the attention of the school and community. Members increase an awareness of art in relation to other areas of the school curriculum and further aesthetic awareness in all aspects of the school’s visual arts program. 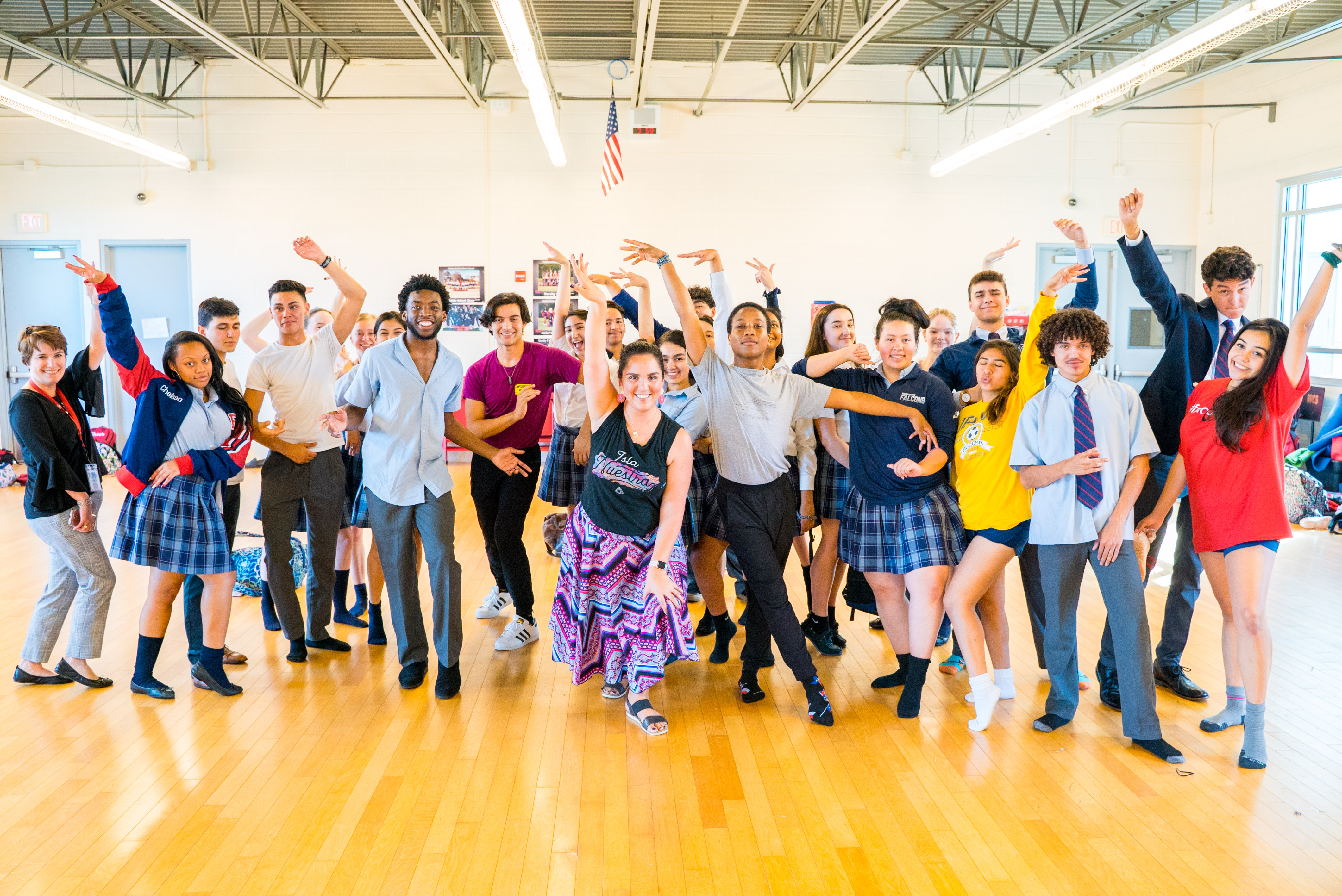 Mission Statement: NHI’s work concentrates on selecting the caliber of high school and college age youth with the greatest potential to succeed. The Institute engages these students in leadership readiness. The College Register of the NHI is a university membership organization that actively recruits college-eligible high school students to enroll them in four-year institutions.

Activities: NHI’s work is primarily conducted during the summer. In collaboration with several colleges and universities, NHI experiences are held on campuses over 5-8 days. Over 3,000 students participate each summer in key geographic centers throughout the United States including Texas, Colorado, California, Illinois, New York, Florida, and Pennsylvania. Freshmen can participate in the Great Debate Programs at Austin College, University of Texas in Austin, Our Lady of the Lake University, Villanova University and Augustana University. Sophomores and juniors participate in the Lorenzo De Zavala Youth Legislative Programs at Colorado State University, University of Rochester, University of San Diego, Elmhurst College, Texas Luthern University and Ciudad del Saber (Panama). 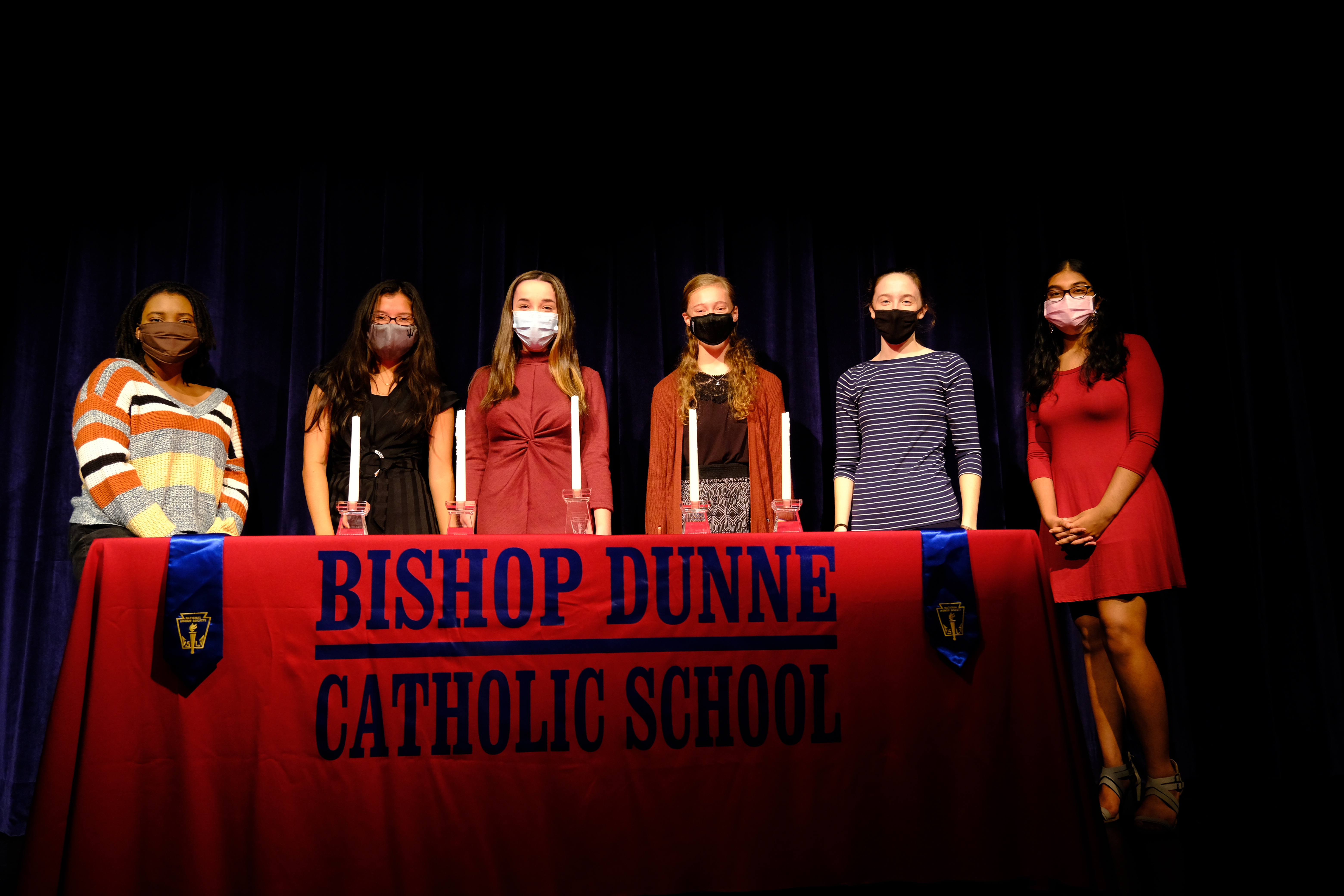 Mission Statement: The Bishop Dunne Catholic School Chapter of the National Honor Society is an active organization in the community. The mission of the chapter is to recognize and foster enthusiasm for scholarship, to promote the development of strong character, to encourage positive leadership, and to cultivate responsible citizenship through service to the school and the community. These four principles shape the organization’s activities and are reflected in the members’ responsibilities. Members are challenged to make positive choices that reflect this mission every day.

Activities: Every member must maintain a 3.75 GPA average each semester and complete 20 hours of service with the National Honor Society organization every year. The services include tutoring at St. Cecilia; volunteering at GeoTech; environmental cleanup; volunteering at the North Texas Food Bank and Salvation Army; Homeless for a Night; food can drives; and volunteering within the school. 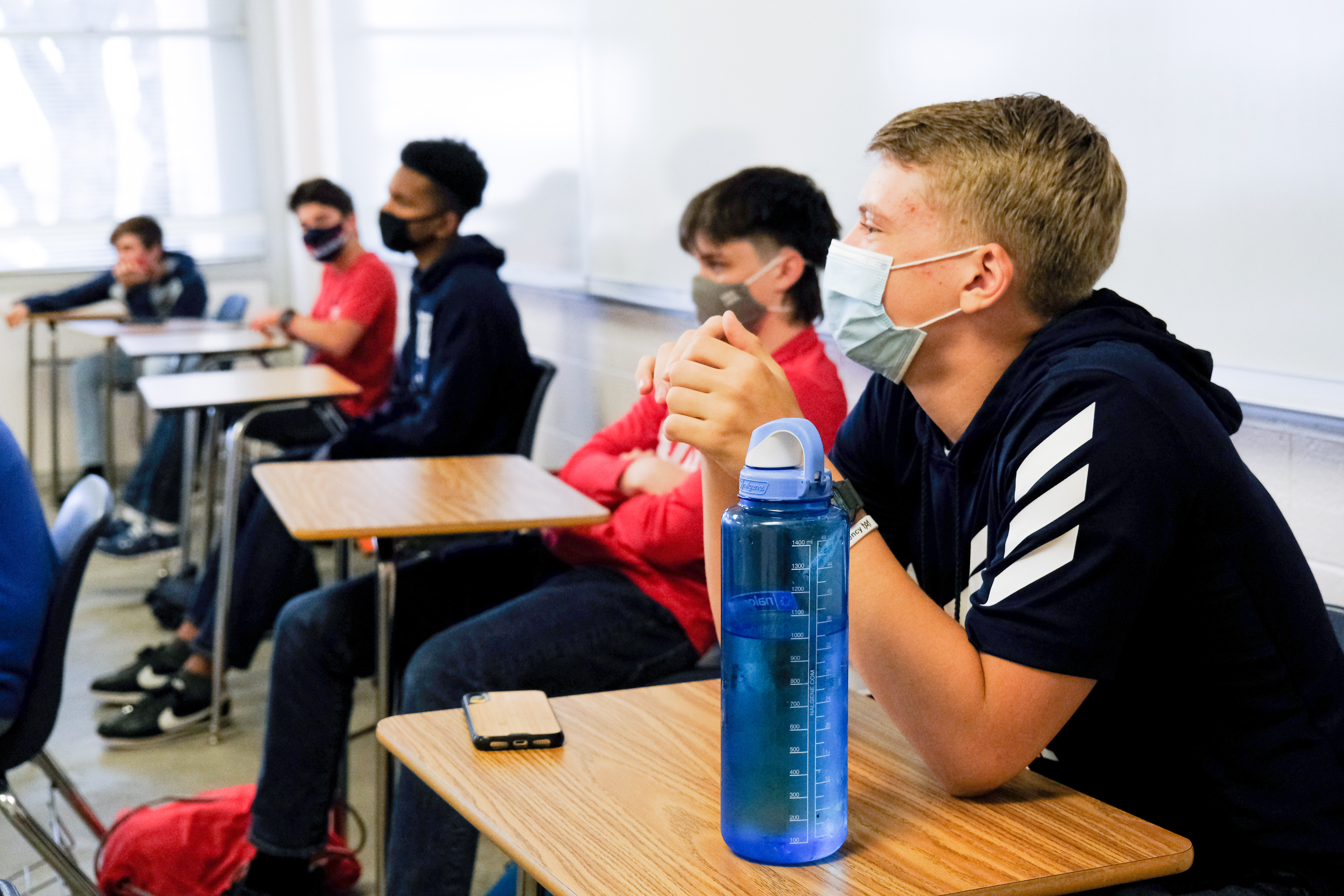 The objective of the Bishop Dunne Catholic School chapter of National Junior Honor Society is to recognize and foster enthusiasm for scholarship, to promote the development of strong character, to encourage positive leadership, and to cultivate responsible citizenship through service to school and community. The Society strives to serve our community by portraying service, leadership, citizenship, scholarship, and character.

Age/Grade level: 7 - 9, by invitation and application.

Activities: Service opportunities include collecting and donating socks for the ICU at Children's Medical Center.

Dress-down fundraiser in the works (TBD) 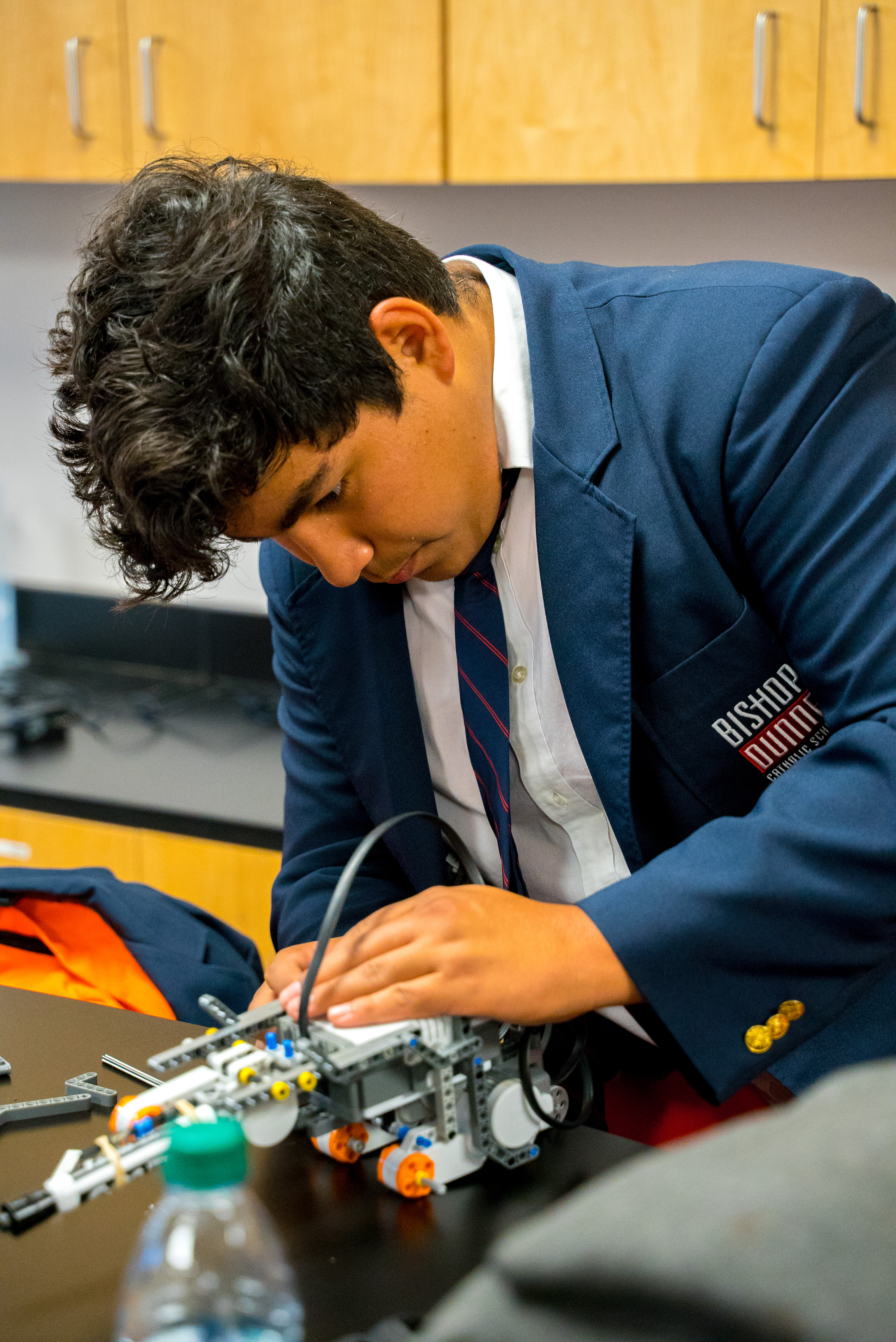 Robotics and Engineering are now combined.

Mission Statement: Robotics Club will explore the foundations of robotics and engineering design by building and designing robots to solve problems. The club encourages members to solve problems from simple designs for locomotion or collection. Members will move to platform designs to mount sensors that can accomplish monitoring tasks. Eventually they will move to automating tasks to addressing bigger systems of investigation.

Meeting Dates: every other Tuesday in Room 308

Activities: Students apply math and science principles to design and build robots that will accomplish different tasks and represent Bishop Dunne in robotics competitions. The Engineering Club has guest speakers and works on different projects in which students apply principles of engineering design.

Mission Statement: The mission of the En 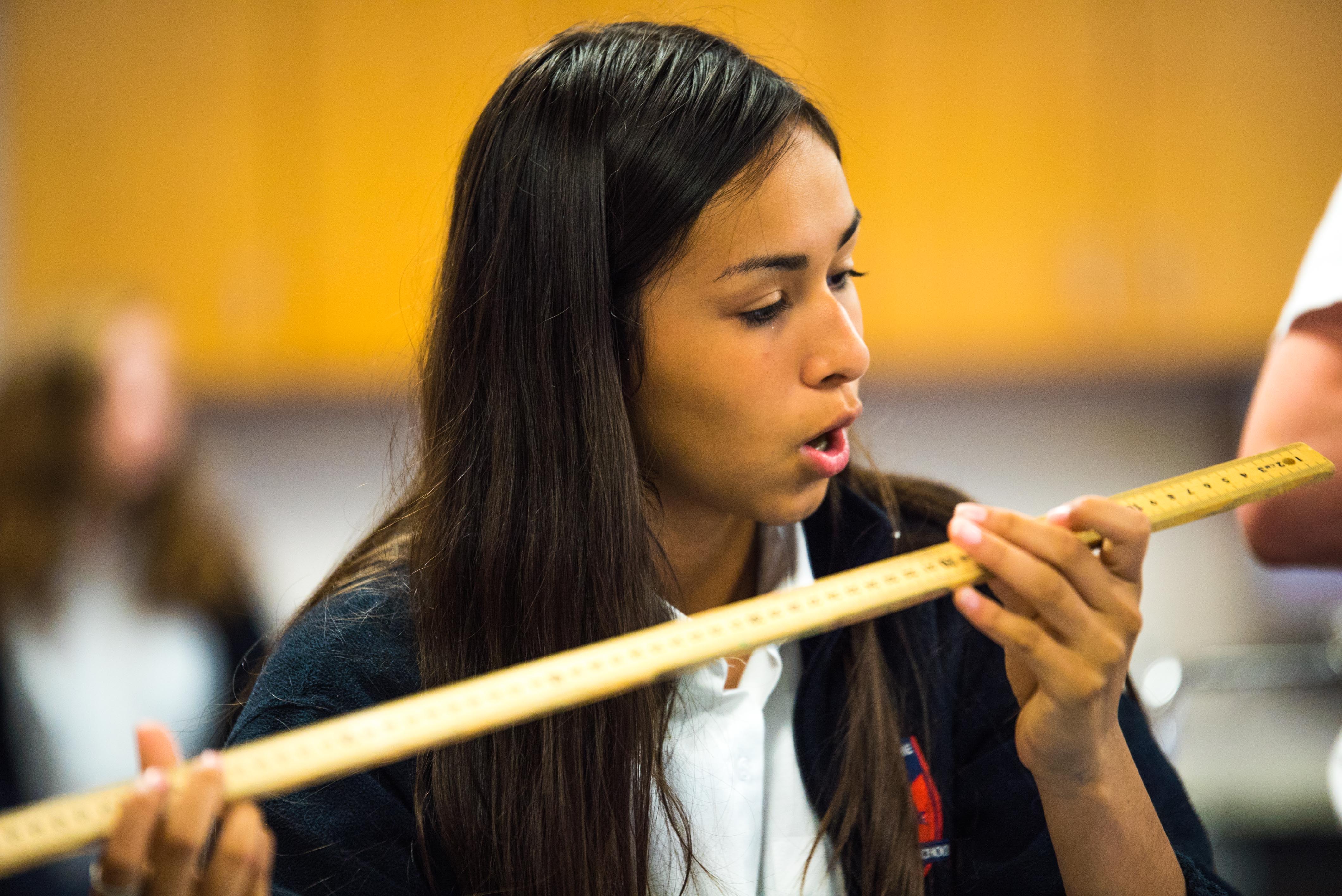 gineering Club is to inspire Bishop Dunne students to become future engineers by exploring the different disciplines while also developing their engineering and technology skills. The club serves the community by assisting various Bishop Dunne organizations with any projects requiring building or designing tasks. Our members will learn the importance of discipline, communication, and innovation in creating solutions for real world problems.

Meeting Dates: every other Tuesday in Room 308

Activities: The Engineering Club has guest speakers and works on different projects in which students apply principles of engineering design.

Mission Statement: To broaden students’ horizons by learning about the Slavic culture of European countries focusing on pysanky egg art.

Mission Statement: This club provides after school beginning, intermediate, and advanced classes for the violin, viola, cello or string bass. The primary focus is to develop the musicianship of Bishop Dunne students and other young musicians from our Catholic sister schools.

Age/Grade level: open to all grades - beginners may join the club after one semester.

Meeting Times: Advanced and Intermediate string players meet Tuesdays and Thursdays at 7:00 a.m. and then also at 3:10 p.m. on a rotating schedule.

Activities: This group is in the form of individualized classes for the musical development of each student. 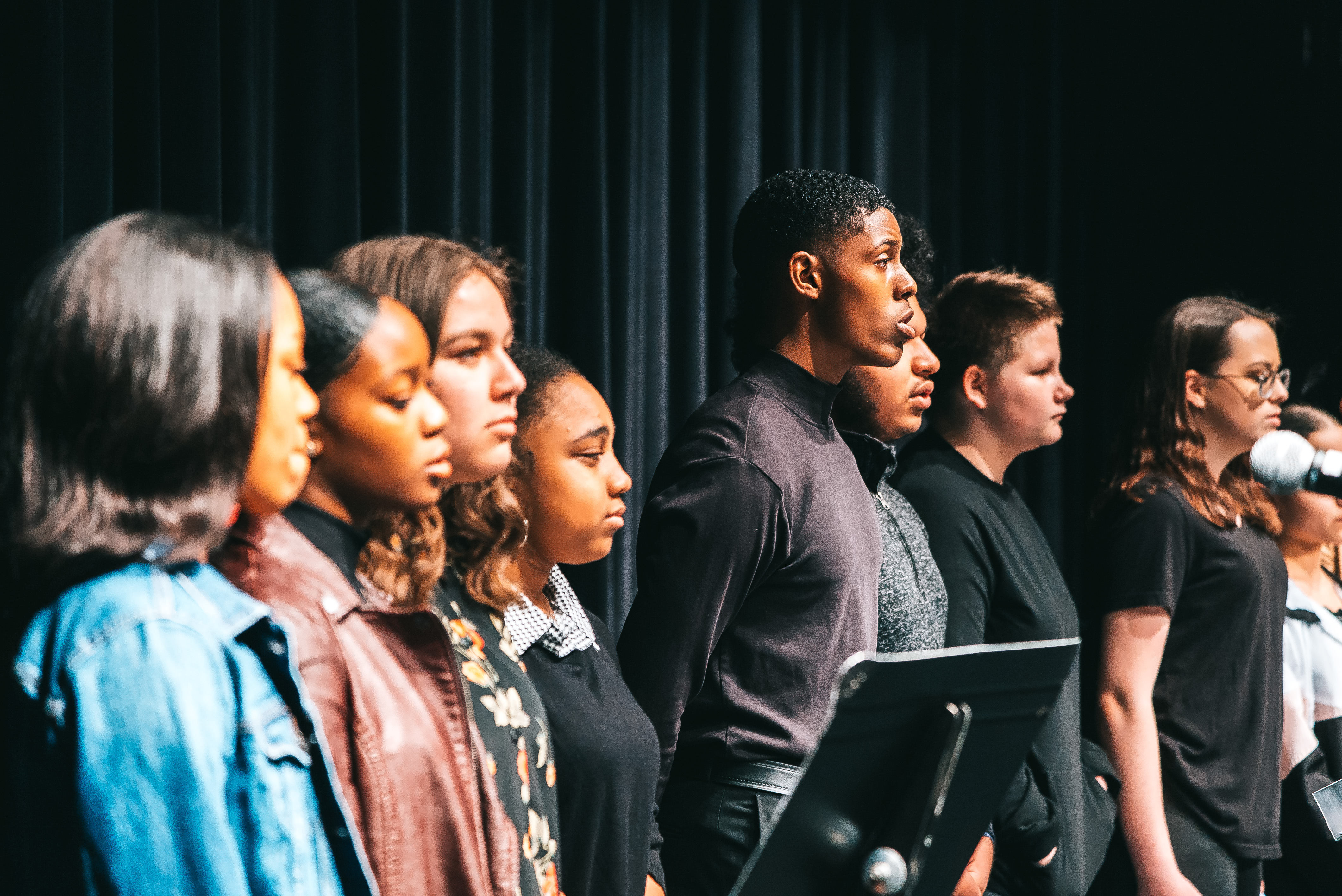 Mission Statement: To present music that inspires and equips others through inspirational and uplifting singing and to serve our school and community with compassion and Christian Service.

Community Outreach: A sock drive in the fall to help young children that live in homeless shelters. 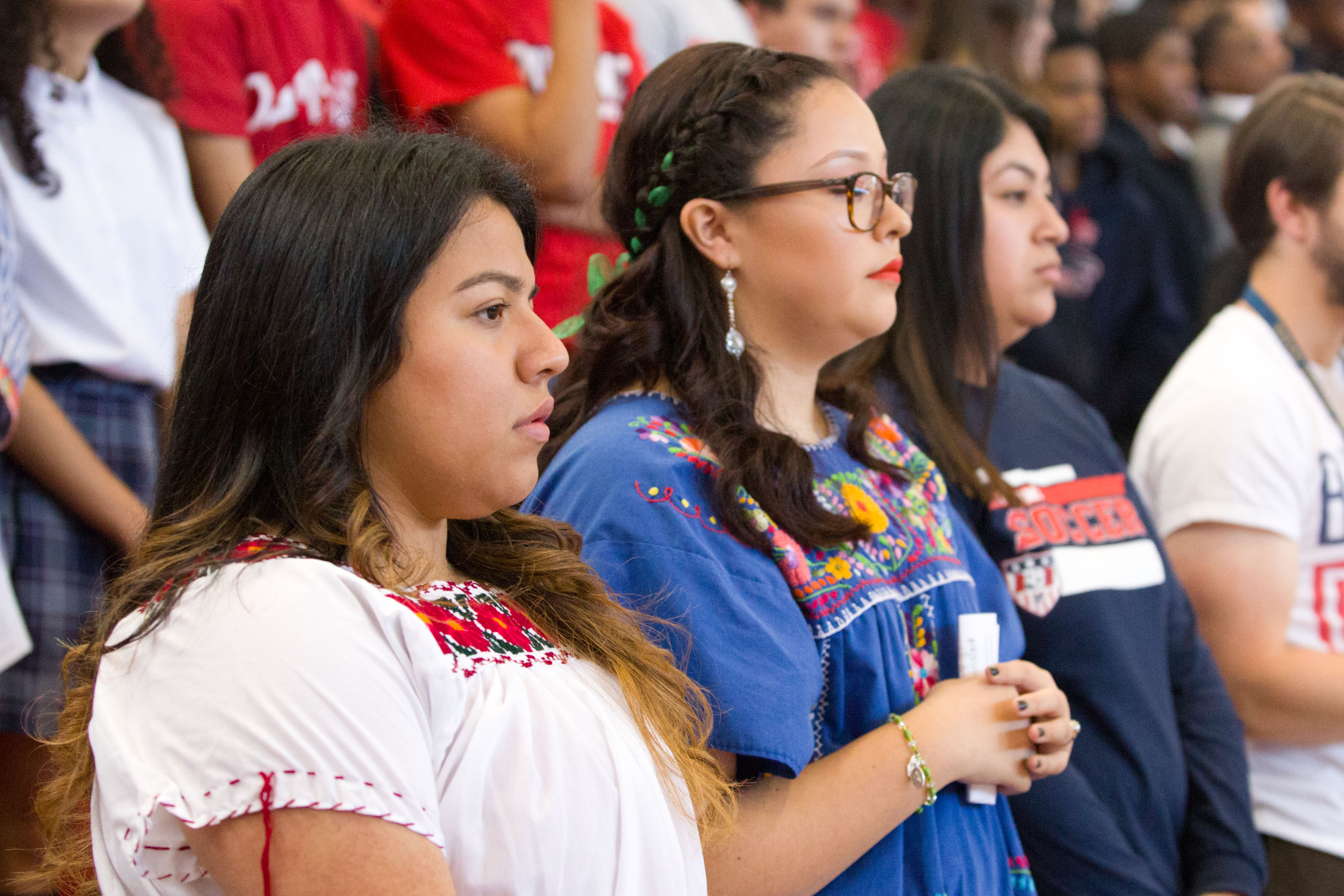 Meets the second and fourth Friday of each month. 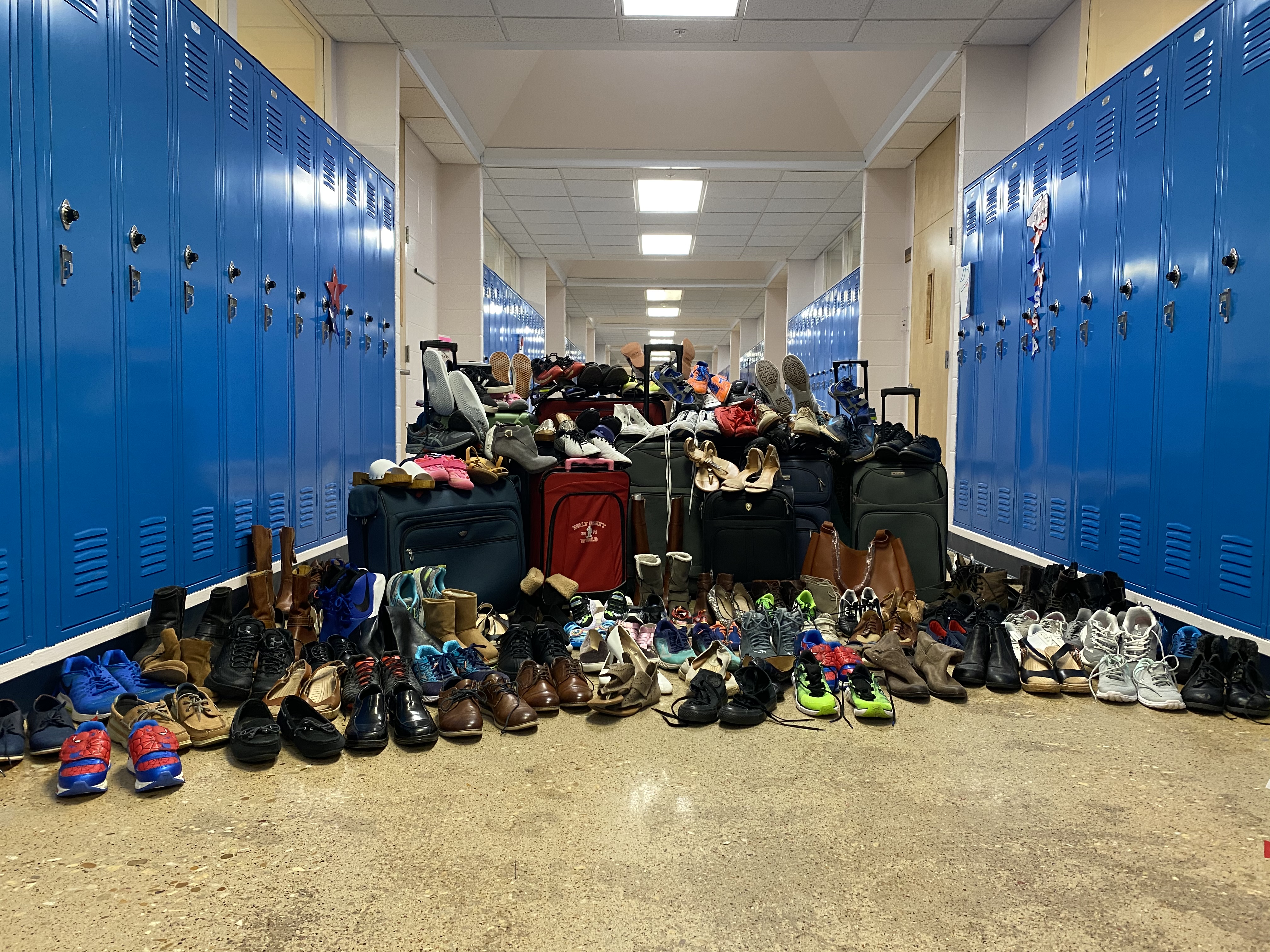 Mission Statement: To provide opportunities for student leadership and governance. The Student Council will work closely with the Bishop Dunne administration in managing and promoting extracurricular activities and school spirit and unity.

Mission Statement: The mission of the Bishop Dunne Middle School Student Council is to provide opportunities for student leadership and governance. The Student Council works closely with the Bishop Dunne administration in managing and promoting extracurricular activities and school spirit and unity. The Student Council is always looking for positive and creative ways to increase the spirit of the school and most importantly to increase and raise leadership skills not only within the Student Council, but also to expand its reach to other students in the school. The Council will promote social justice issues by supporting and creating opportunities for all students in the school. 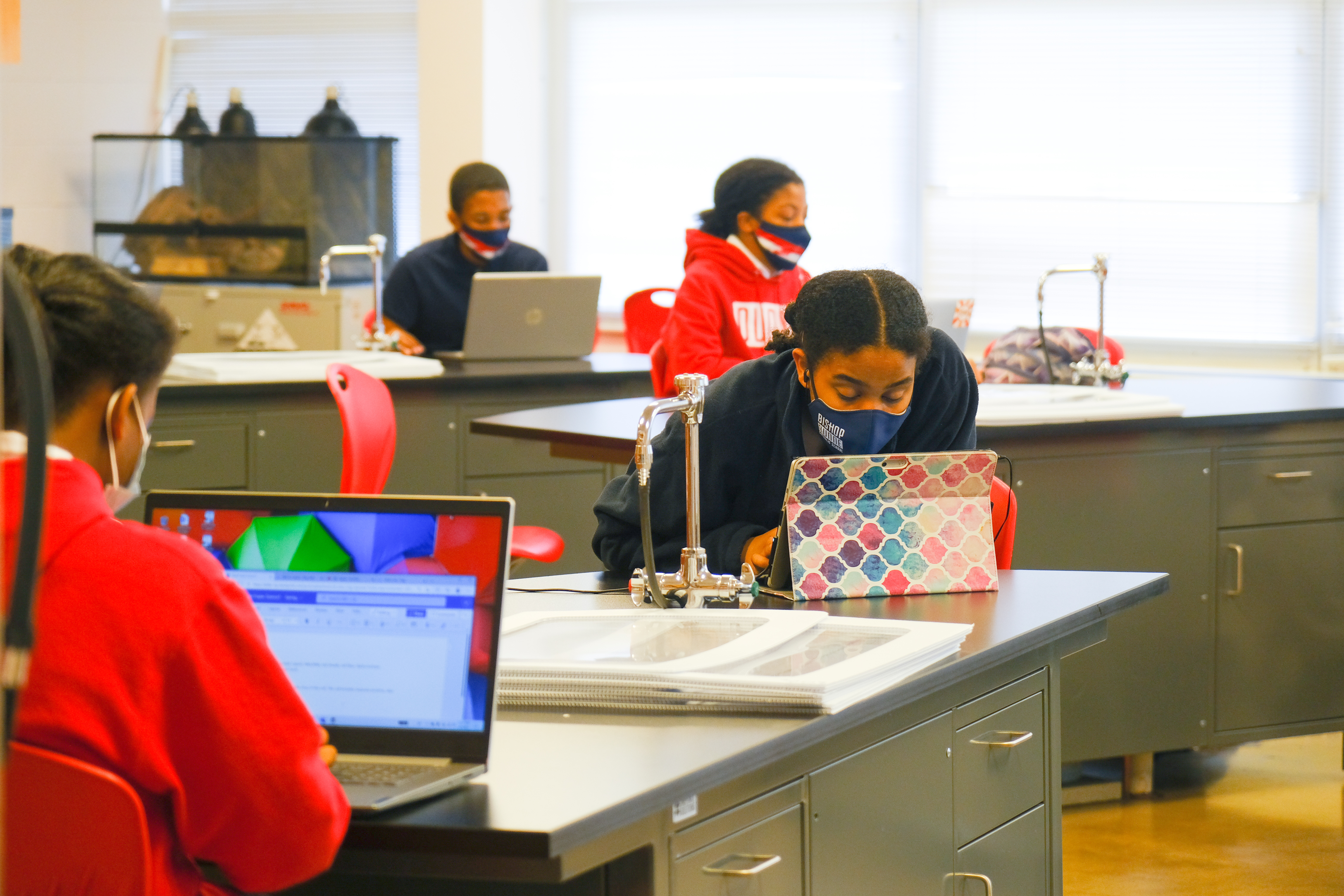 Mission Statement: The TAPPS Academic Team seeks to provide students with an opportunity to compete in an academically challenging competition based on their unique, individual interests. Students who have been identified as academically talented are appointed by their teachers to compete in selected academic tests while other students who express interest in academic or performance events are invited to prepare for the competition. 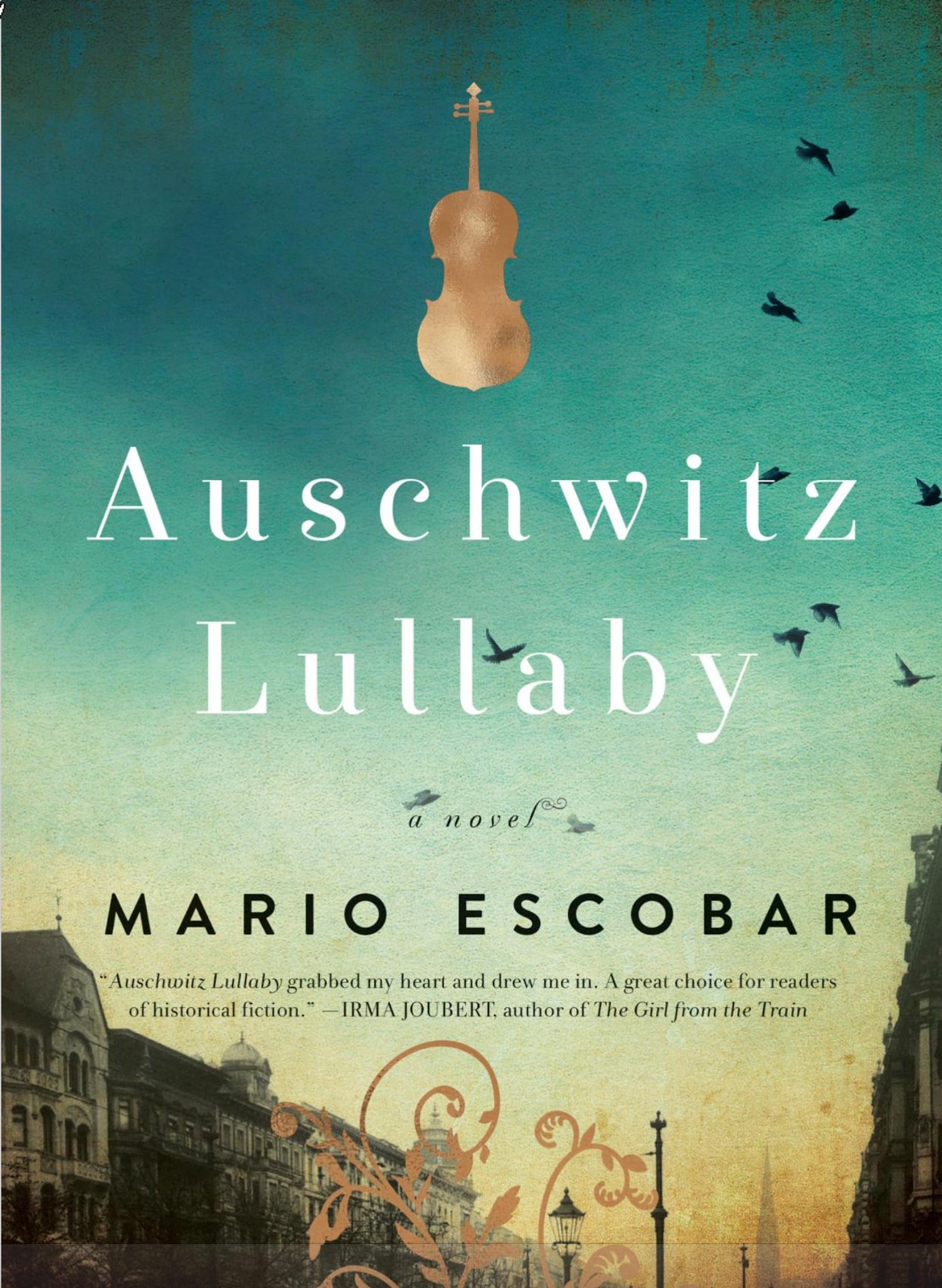 August 9 is just around the corner, and this year will be a first for Bishop Dunne to participate in TAPPS drama competition.  We will be participating in the one-act play competition. A one-act play is a full-length play edited so that it may be performed in under 40 minutes.

This year’s play is a production of a Holocaust drama called Auschwitz Lullaby by James C. Wall.

Mr. Gary Pinkerton, high school math  teacher, previously directed this play in UIL one act competition, and his team made it to the state competition in Austin. When Bishop Dunne advances to state this year, the competition will be in Kerrville, TX.

The play is written around a young 16-year-old Jewish girl, Lena, who survives the gas chamber.  Inmates, including one nicknamed Canada, and Jonah, a Jewish doctor, work diligently to put together a plan to keep Lena safe and get her out of the concentration camp.

Will they free her, or not?  Come by Mr. Pinkerton’s room, 409, and register for auditions which will take place at the end of the first week of school.  There are only two months to get the play ready for competition, so students and crew must hit it at a run!

If you would like to read the play, come by and pick up a copy. All highlighted material in the script will be used for this production.

Mr. Pinkerton said, “I directed one act competition for nine years in UIL, so I am more than just a math teacher. Come out and give it a shot! I will be happy to talk to you.”